Which pricing plans can be imported?

What are we doing while importing price from Stripe?

There will be 3 types of pricing plans in your Stripe account.

1. Price which was created from the Agency level via the SaaS configurator: 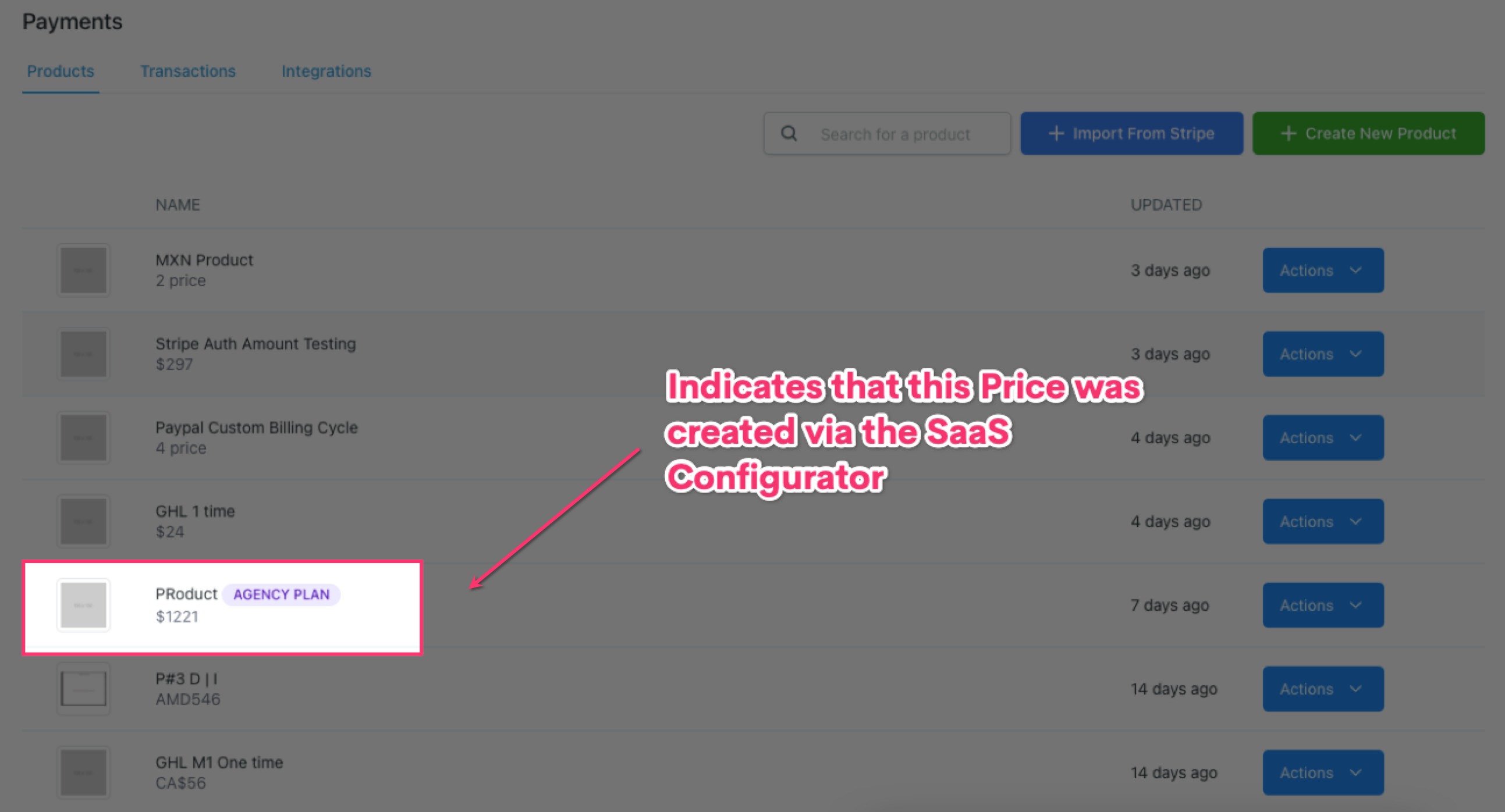 2. Prices which were created by creating a product in HighLevel:

3. Prices which were created by you directly in Stripe: