Tracking your emails is an important part of being a good sender and learning about how your users interact with your email. Every Campaign provides basic statistics along with the granular details.

The number of contacts that you requested to send emails

The number of emails SMTP was able to confirm were actually delivered to a recipient.

The total number of times your emails were opened by recipients.

They are the number of unique clicks which are the first time the recipient opens your email.

The email was not delivered as the recipient's server is unavailable or their inbox is full.

The number of recipients who have unsubscribed from your emails. Unsubscribe events are triggered when the end recipient clicks the unsubscribe appended in the email footer. [Note - Once the contact has unsubscribed, it will not be possible to send the email to them. It would require a special request with acceptable reasons as the contact will have made a diligent choice to unsubscribe]

This happens when the API keys are not valid, the user needs to configure the valid API keys or the number of recipients that you sent emails to, who have malformed email addresses, or whose mail provider reported the address as invalid.

The number of recipients who have marked your email as spam.

There is a button named Load more statistics with the details of Recipients that delivered, opened, clicked, unsubscribed, spam, or failed. 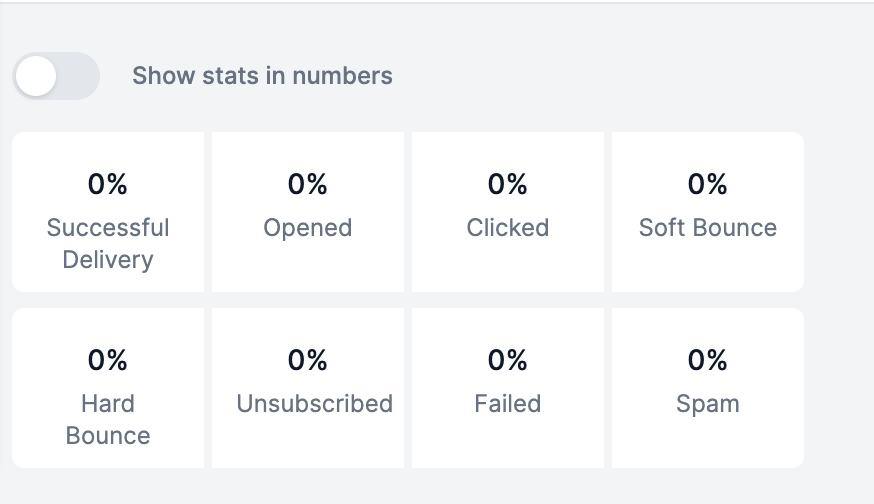 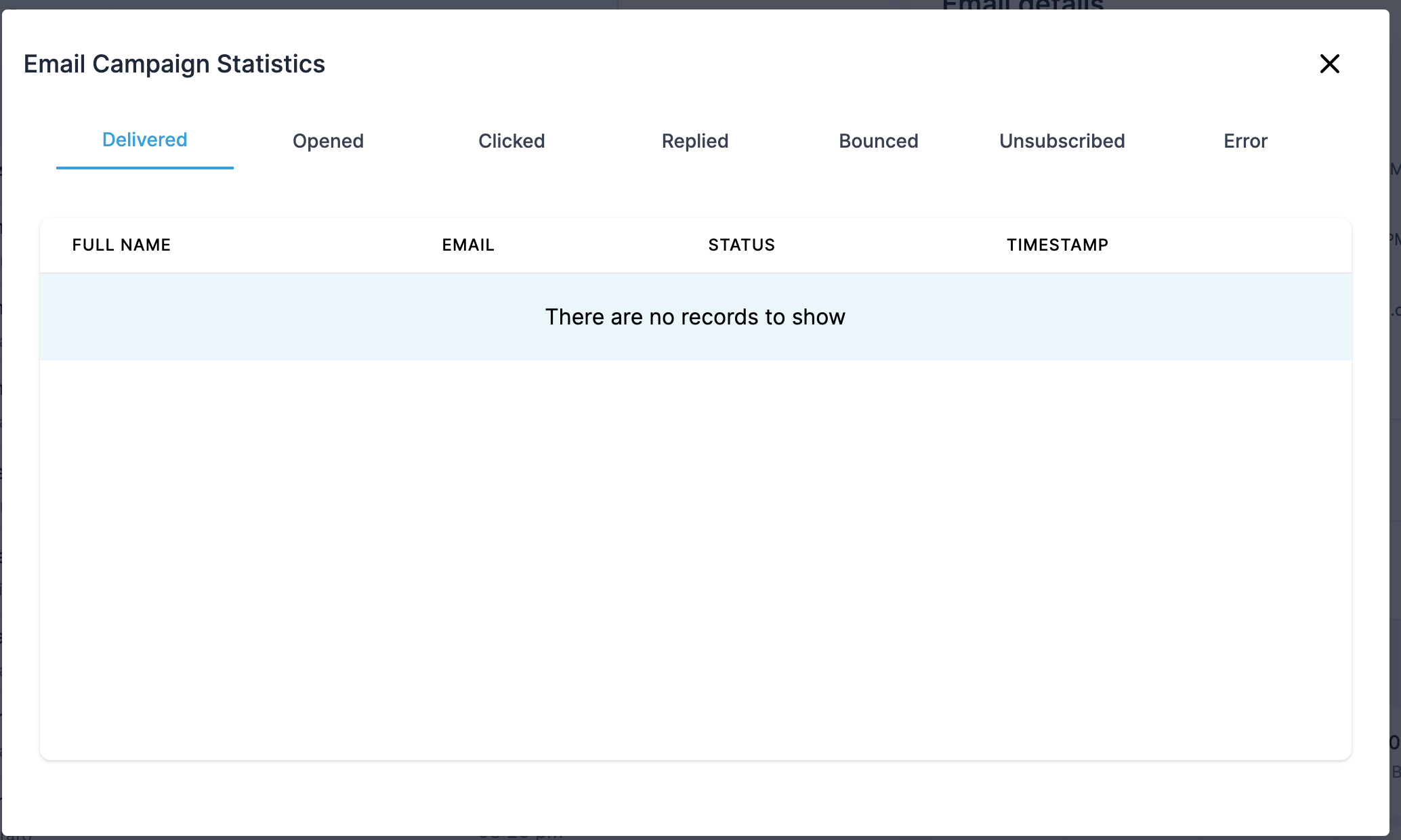